Was it all in my head?

As a five-year-old, I used to take long 10-hour drives with my family from Bangalore, India, to visit my grandparents in Kerala, the southernmost state of India. Meandering through the highways connecting the two states, I would often gaze up at the starry sky and wonder aloud why the moon was following us.

Four years later, when we relocated to America, my intrigue for the moon grew stronger. Our house on Old Holly drive was located at the top of a hill. The road leading to it was east facing and flanked by tall, majestic trees on either side. Driving up, I noticed that the moon looked enormous, like a giant luminescent hot-air balloon, rising above the trees. And I wondered aloud again: why is the moon larger on the horizon than in the sky above?

Burrowing down rabbit hole after rabbit hole on Google, I discovered that I wasn’t alone in this search. The phenomenon had been pondered about by academicians and laymen alike for thousands of years. For a long time, it was considered to be an unsolvable mystery. Later, scientists brought forward theories connecting the phenomenon to physics, psychology of perception, brain biology, landscape, and geographical location—to name a few. After much research, they confirmed that it was an illusion and not a physical phenomenon.

I couldn’t believe it. Was it possible that my eyes were tricking me? I tried out a few simple experiments at home that anyone can easily replicate.

PROOF OF THE MOON ILLUSION

One night, out on the patio of my home, I held up my thumb at an arm’s length alongside the moon as it rose out of the horizon. The moon was around the same size as my thumb nail. A few hours later, when I measured the moon up in the sky with my thumb nail, I was surprised to find that it too measured the same!

Not satisfied, I went out another evening, bent down and looked at the rising moon through the gap between my legs. The moon that had appeared enormous seconds ago when I looked at it directly didn’t appear big at all when viewed upside down!

I decided to give the moon one last chance to prove itself. One night, when the skies were clear and the moon had just begun rising, my brother helped me set up our camera stand on the lawn. Keeping the camera zoom settings constant, I took photos every half hour from sundown to midnight and compared the size of the moon in each picture. In every image, the moon had the same width measurement. The only difference was that the image taken when the moon was on the horizon appeared vertically squashed. I later found out that it was because the atmosphere was acting like a weak lens, distorting the image.

In the 3rd Century BCE, Greek philosopher Aristotle came up with an explanation for the gigantic moon phenomenon. He proposed that the earth’s atmosphere was acting like a magnifying glass, similar to how  immersing an object in water causes it to appear magnified.

Later in the 2nd Century CE, Greek-Egyptian astronomer Ptolemy attempted to explain the moon illusion through atmospheric refraction in his mathematical and astronomical treatise Almagest. He also suggested that the optical illusion could be due to apparent distance (discussed in detail below).

Around the 2nd Century CE, Greek astronomer Cleomedes also proposed the apparent distance theory and atmospheric refraction as possible answers to the phenomenon in his book on astronomy.

In the 11th Century CE, Ibn Al-Haytham, an Arab mathematician and astronomer proposed the first acceptable theory that explained the moon illusion. He suggested that the size difference observed is due to the way our brain perceives distance and adjusts an object’s size to match our perception. Thus, the moon on the horizon is perceived to be at a greater distance from us, and therefore bigger, than the moon in the sky, which appears smaller.

By the 17th Century CE, the moon illusion was accepted as a psychological phenomenon rather than a physical one.

From the time that the giant moon was rightly identified as an illusion, many hypotheses have been proposed to explain the occurence.

Here’s the catch: no one has been able to satisfactorily explain the moon illusion. How’s that for a glass half-full or half-empty moment? You could either be disappointed that it remains a mystery, or you could marvel over the mysteries of the brain.

Surely scientists should have figured it all out by now, right? Let’s take a look at some of their hypotheses to see why this illusion has baffled them so much.

As human beings, depth perception plays a critical role in how we perceive the moon on the horizon versus up in the sky. This can be explained using Ponzo’s Illusion. When two equally long lines are placed on a diagram of converging railway lines, the line farthest appears longer than the first one. This is because the brain perceives that lines at a distance must be longer than those closer.

Most of the time, when we view the moon on the horizon, it will be alongside other objects such as mountains, trees, or buildings. These objects act as depth cues that make us perceive that the moon is at a longer distance from us when on the horizon than above.

You may have noticed that most of the time when the moon is observed on the horizon, it is among smaller and detailed objects like trees and buildings. Compared with the smaller objects, the moon is perceived to be larger in size. However, when the moon is at its zenith and surrounded by the vast expanse of the empty sky (a larger object), it appears considerably smaller.

However, this theory has a huge problem with it. According to psychologist Don McCready, people should be perceiving the moon on the horizon as both large and distant. However, when quizzed, people generally respond saying the moon appears larger and closer to them when on the horizon.

Euclid’s Law: Angle of Regard Hypothesis

The moon’s angular degree in the sky is approximately 0.52. This changes marginally between lunar cycles with the moon being 14% larger than normal when it is closest to the Earth. However, in a single moonrise, the angular size of the moon remains constant.

Most apparent distance theories presume that the size of the moon is perceived in the same manner that ordinary objects are perceived. However, when considering the moon illusion, there is the weak effect of the angle of regard to be taken into account.

How does Euclid’s law impact our understanding of the moon illusion? When the moon is compared with smaller objects in the background while on the horizon, it appears larger. On the other hand, when the moon is observed in the open sky with nothing else to compare it with, it appears smaller. Thus, though the moon has the same angular size both at the horizon and at the zenith, the horizontal moon is perceived to be larger.

By now you must have clued in on how terrible we humans are at estimating vertical distances. Here’s another interesting fact: our brains perceive the open sky to be shaped like a flattened dome rather than a perfect sphere. Therefore, when we look at celestial bodies at the zenith, they appear closer to us than on the horizon.

According to Oxford psychologist Brian Rogers who runs experiments on the moon illusion in a planetarium, the flattened dome theory is more plausible and promising than the theory on apparent distance.

The dome effect uses Emmert’s law as an underlying principle: objects that produce retinal images of the same size will be perceived to be of different sizes if they are located at different distances.  Thus the perception of the linear size of an object increases with an increase in its perceived distance from the observer.

Though Emmert’s law does provide a correlation between the perception of size of objects and its distance from the viewer, it has been criticized as it doesn’t provide information on the underlying causes of the phenomenon. It only explains one perception with reference to another perception.

Rather than looking at distance or size for answers, micropsia-based theories study the working of the human eye. When the moon is viewed within an empty space like the sky, the human eye is unable to find any nearby objects that can serve as cues on which the eyes can focus. Therefore an imaginary resting point that is only a few metres away from the moon is picked resulting in the perception that the moon is smaller and farther. This is caused by an increase in visual accommodation called accommodative micropsia.

In addition, when the human eye views the moon at its zenith, convergence increases resulting in a reduction in perception of the moon’s size. This is called convergence micropsia.

When the same human eye views the moon horizontally across a terrain, the presence of the terrain reduces convergence which in turn results in a perceived increase in size of the moon.

Both these oculomotor micropsia show that the moon at its zenith appears farther and smaller than at the horizon.

While major theories on the moon illusion placed great focus on the brain’s perception of object sizes in relation to distance, recent studies have focused on brain functioning. According to German neuroscientist, Ralph Weidner, the greater the distance you estimate between the moon and yourself, the bigger the brain decides that the object must be.

To test this theory, Weidner and his colleagues placed people in an MRI machine and used 3D goggles to show them the moon illusion, another similar illusion, and a control experiment involving no illusion. Through the goggles, the participants were able to see a circle come closer and then move farther away. The circle had been calibrated to take up the same percentage of the field of vision all through the experiment. The participants reported perceiving that the circle appeared larger when it was farther away, as in the moon illusion.

WHAT DO WE CONCLUDE?

Honestly, scientists and researchers are yet to concur on a theory that completely explains the illusion. According to moon illusion observer and psychologist Claus-Christian Carbon of the University of Bamberg, Germany, many books and thousands of articles have been released on the moon illusion, however, none have fully resolved the issue. While some factors have become clear, others have not.

What’s left to be done then? Perhaps what I did while traveling along the winding Pacific coastline en route to California—stare spellbound at the breathtaking, gigantic, luminous moon rising out of the horizon while marveling at the mysteries of the wonderful thing we call the human brain. 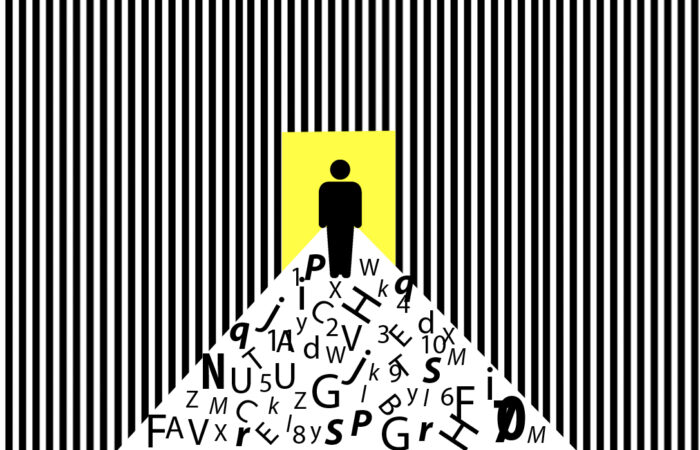 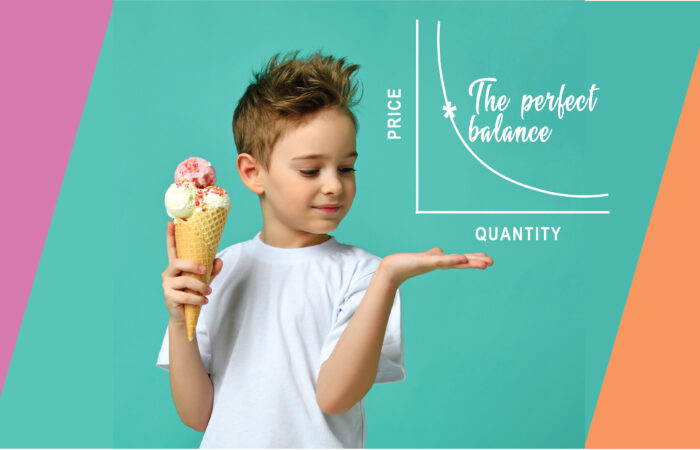 Price Elasticity of Demand for the Aspiring Marketer

Women Giving Back
November 11, 2020
The Impact of Social Behavior and Testing Efficacy on the Covid-19 Infection Rate in the US – an Application of Bayes Theorem
November 7, 2020
The Gilded Broken Record Called America
September 1, 2020